Tammy Lang a/k/a Tammy Faye Starlite has come to be one of the brightest stars in the Downtown New York scene. She maintains a busy schedule of performances, guest appearances and benefits, not only in Manhattan but around the country including stints in Los Angeles, Palm Springs, Chicago, St Louis, Pittsburgh as well as the farthest reaches of New Jersey and New Hampshire. She’s been a girl on the go-go since her soap opera days when she was a regular on The Guiding light portraying one of two “wacky maids.” Allison Janney was the other one. Come along for a romp through Tammy’s life!

Hey, everyone, get ready to make a pivot to investigating the potholes each of us encounters as we navigate life.
We will discuss the first pothole: Lying: Part 1-Good Lying and Part 2- Bad Lying. We ABSOLUTELY are not going to explore lying in the media or government; instead, we are keeping it personal. Of course, we all lie, but I have never heard anyone say how much they adore liars. Why is that?
Drawing on the current research in Sociology, Psychology, and other sciences to create a broad understanding of how Lying serves us and how it can entrap us.
Join me for a fun talk about lying misconceptions, dealing with bad lies, learning how to be a more honest liar, and many other tips to navigate lying healthier.
I will be telling three lies in the Good Lying podcast. Listen to see if you can hear them, and I’ll reveal the lies in Bad Lying.

Growing up in New Jersey, Turk was surrounded by diversity. After high school, the options encouraged were limited, and Turk chose the Marine Corp. After four years, he had decided to become a State Trouper in North Carolina, but he felt called to begin bodybuilding. Playing a pickup basketball game, Turk encountered his first pothole by sustaining a catastrophic injury that led to arthritis and multiple joint replacements. He opened a smoothie business, worked in the mortgage field, and ultimately returned to personal training. Listen as Turk talks about steroid abuse versus use and how a suggestion motivated him to move off the bottom. Married, well, sort of (there’s a story here), a beautiful baby, and a new business result from persevering when he did not feel like it.

Jonathan was born in what he calls an inhospitable place, the desert of Southern California, and at 18, he felt called to adventurous exploration, which led him to Portland, Oregon. Proximity engendered a love of naturopathic medicine and biology. The next call to adventure prompted a move to Austria, where there was much drinking of beer and stoned museum appreciation. It was at the Louvre where Frau Lois inspired his passion for learning. Returning to the states, Jonathan began his scientific studies, which led to his interest in biohacking and ultimately mycology; he describes this as “applied miraculousness.” In 2019 Jonathan launched an enterprise focused on the nutritional and health benefits of mushrooms. Jonathan’s advice to anyone working at the DMV is to “quit” and pursue the thing that inflames your passions.

In the sixties, a woman’s choice of futures was limited. However, some women stepped out of not simply the acceptable female role, but out of the functions dictated by society et al. Linnea Wardwell attended college with the idea of becoming a teacher. A fateful plane delay changed the course of her life when she met her future husband Larry, who was the antithesis of American cultural norms of the day. Their life together began in Washington DC, working for the government. Linnea became a fellow at the Smithsonian. She left to explore the Transcendental Meditation movement, living all over the country, running TM centers, and ultimately landing in Berkeley, where TM met the prolific drug culture. Linnea had been raised with priorities of botanicals, herbs, and naturopathy. This foundation was fully engaged when she and her husband launched a business to educate naturopathic doctors, which continues 22 years later. Join us as we talk about TM, drugs, naturopathy, doing the right thing, and many other delightfully relevant tidbits.

Mariah began making pivots early in life when she transferred to a “high school for misfits” (Arts and Communications), where she found her cohort, who remain her posse today. When Mariah began college, she had to re-take math classes, and this is where she learned that math had been taught to her incorrectly: Math was no longer her arch-nemesis. So she changed her major from psychology to mechanical engineering, which led her to work in the biomedical field. Listen as Mariah talks about her journey from goth to operating rooms.

Meet Vickie Bottelson, who we are fortunate to catch as she makes a significant life pivot. An actor and singer from an early age, Vickie also worked at Disney in children’s content. When the internet blew up in the 1990’s Vickie was right there to ride the wave, and as all waves do, it crashed into the shore. She then went on the road for six years to perform and ended up living in Nashville. She hit a pothole and returned to Los Angeles to work for MySpace until she was downsized, which led to her current position as the Marketing and Events Manager at Lake Arrowhead Village. She is in the middle of figuring out her next move, and she has great stories to tell about her process in deciding which of the terrific opportunities she will accept.

Wanting to be an Architect, you head off to school, but the university you attend doesn’t have the curriculum, and you find yourself studying engineering. Money runs out, and on a long drive home, you decide to enlist in the Coast Guard. These two events are just part of the Pivots, and Potholes Rees Erwin experienced. In the Coast Guard, he was aboard one of only two Coast Guard ice breakers, and after traveling to the Arctic and Antarctica for years, Rees left the “don’t ask don’t tell don’t pursue” military returning to college and obtaining a BA in art. In college, he supported himself with work in the hospitality industry, and a new pivot took him to Los Angeles as a Concierge for the Beverly Wilshire hotel. There were many other pivots Rees took in life, which all led to his designing a home that he built for himself. Join us and learn what it takes to sleep when you’re on a 24-hour roller coaster ride for months!

What does or does not make you a writer? Corey Mesler has a unique perspective on being labeled a writer. Learning how to be a bookseller (he credits wife Cheryl) when you mispronounce a well-known author’s name, write for years and realize it isn’t great work, and learn how to live with agoraphobia. All of this and more is part of a light-hearted rollick as Corey discusses his life.

The first Pivots and Potholes podcast has launched. Join the conversation as Dan regales us with tales from the road of rock n’ roll, being held hostage in the Hollywood industry, and performing with Willie Nelson at Farm Aid. A fun romp through an interesting life. 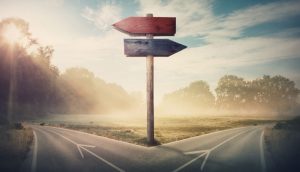 About Pivots and Potholes

In December of 2019, I was planning my move to New York the following Spring. I had been accepted at NYU for my master’s and was excited about the new possibilities: Then—Covid. The  Pivots and Potholes podcast was born from the process I went through to determine if I needed to scrap my plan entirely or make tweaks during this pause to facilitate my forward movement in the same direction. The first step of my process is to reach out to friends and colleagues who have expertise that can be helpful. Pivots and Potholes will host published writers, singers, musicians, film producers, data analysts, systems security administrators, artists, and other professionals. These individuals offer a unique perspective into making life decisions they encountered when evaluating relationships, career choices, addressing addictions, seeking help with emotional or psychological challenges, food choices, dealing effectively with other people, and myriad other life decisions. Example of a situational Pivot and Pothole Pivots and Potholes will help you better understand how to effectively evaluate your life challenges and put a new life plan together to navigate previously tricky situations and then execute it to achieve your goals. Join us as we discuss the unexpected benefits, funny stories, and difficulties faced, which all led to a new chapter of life.

I define Pivot as a full stop of a life plan that you are working towards requiring a re-framing or creation of an entirely new set of goals. Pothole I define as those occurrences which jolt us in some visceral manner bringing our awareness to a, possibly, unknown issue with our forward trajectory: It is a pause that allows us to evaluate and recalibrate our journey.

Example of a situational Pivot and Pothole

Everyday each of us make large and small decisions that impact our life. Some of those decisions are easily made because there is a limited number of logical choices. For example: A previous decision was made to eat more healthy meals, while making your shopping list you have to decide if you want to purchase processed snack foods or a healthier option. Clearly this is an easy decision, though it might be challenging to follow through.

An example of a decision that requires more mindfulness: You are headed into the office (pre-quarantine days) and are reviewing the tasks for that day. As you contemplate what you need to accomplish there is a realization that one task will require interfacing with a colleague who has been quite difficult. You have tried numerous ways to navigate the interaction but have not had much success. The encounters leave you depleted energetically and emotionally. Is this the day you decide to quit (Pivot) or examine the situation to determine what you still need to learn from this person (Pothole). Hopefully, you would not quit but you have hit this Pothole repeatedly and have yet to progress towards resolution. What do you do?