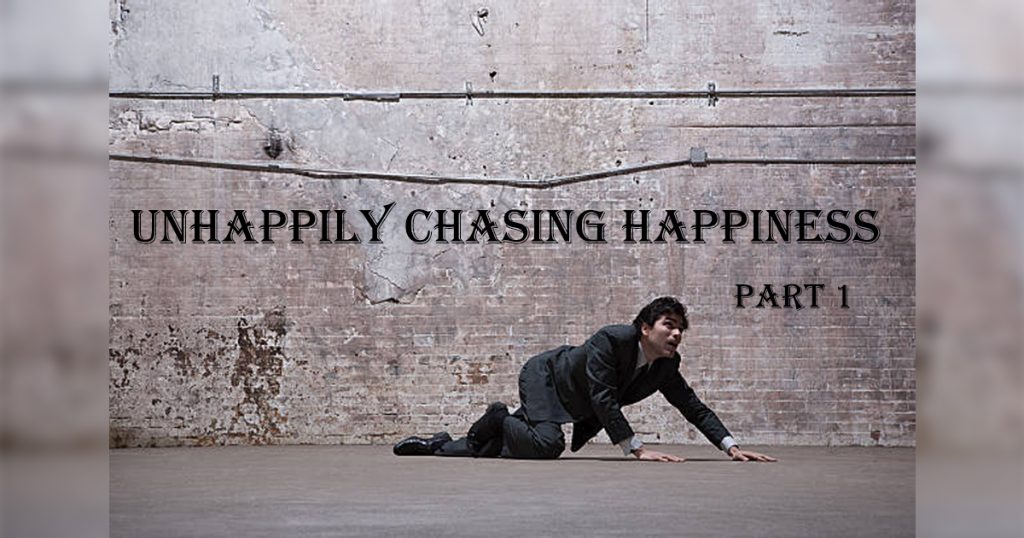 Let’s talk about happiness. High levels of energy and mega-watt smiles are the stereotypical global attributes assigned to Americans. A person from Finland summed it up this way:

When a stranger on the street smiles at you: A). you assume he is drunk  B). he is insane  C). he’s an American

Depression and anxiety affect 1 in 5 adults in America, which seemingly contradicts the stereotype. (And this was before the pandemic.) Why are so many Americans unhappy? I will offer a few reasons but more importantly, let’s turn our attention to how to escape the cultural vise of happiness seeking.

I think it essential to discuss how the current definition of happiness evolved in American culture. Additionally, the expectations attached to the American happiness model: Beginning with the Declaration of Independence. Part 1 of this two-part blog offers a broad historical socially relevant context: References are provided if you wish to do further research on any content presented. Part 2 will offer new scientific evidenced-based data that defines happiness and specific ways to affect life changes.

My journey into understanding American happiness began with a cursory search of Webster’s Dictionary, returning this definition: “The state of being happy.” Not informative, is it? I felt it necessary to understand the context of the word within our culture, which led me to research the history of happiness.

Most Americans are familiar with Thomas Jefferson’s Declaration of Independence statement regarding the pursuit of happiness. It is that phrase which, arguably, was in the ensuing years taken out of Jefferson’s context, creating our current understanding of the words. Jefferson was referring to the phrase John Locke put forth in his work An Essay Concerning Human Understanding. Locke based his definition on the Greek philosopher Epicurus’ teachings regarding happiness. Epicurus defined happiness as consisting of two parts; a) Ataraxia – achieve inner tranquility by being content with simple things and b) Aponia – the absence of physical pain. The words “everybody knows that” might have just flitted across your mind. Does everybody know that? In Part 2 of this blog, some accepted norms are refuted by scientific data, and Epicurus is the connecting point.

A quote from the Harvard Business Review states, “The smiling American was becoming a stereotype two centuries ago…” The Romantic period shepherded in the American cultural norm to be happy. Before the 18th century, people did not contemplate their happiness quotient because survival required their full attention. The stereotype stuck.

The industrial revolution took off in the aftermath of the Revolutionary War, and the prosperity Americans began to acquire fueled the creation of “consumer culture.” The American population grew in the 19th and early 20th century, and those people moved into cities seeking their fortunes.

The 20th century had many notable economic downturns but the American right to “pursue happiness” came out as a stronger cultural norm once the economy improved. The unspoken imperative increased when marketing and advertising moved to television. If you look at ads from the 1960s, achieving a better lifestyle was the emphasis, and you accomplished that by purchasing the product advertised. The person attributed to this lifestyle marketing technique is psychologist John B. Watson.

Watson believed that classical conditioning, thnik Pavlov here, explained all human behaviors. Watson conducted experiments on children, which eventually got him ejected from Johns Hopkins University. A friend suggested that Watson come work with him at the advertising agency J. Walter Thompson. Essentially Watson began his conditioning experiments on the nation at large. He is credited with creating the phrase “coffee break,” which we still employ today. Watson used classical conditioning to inculcate the American population in the happiness derived from the consumer culture paradigm. The trajectory of the American happiness model explains why happiness has become inextricably linked to material acquisition.

Fast forward to 2020. Social Media now places an impetus on not just being happy but actively hiding the appearance of unhappiness. Our conditioning accepts that happiness is obtained through material acquisitions, defined by the culture. Many people became aware of their compulsion for consuming during the pandemic quarantines. Amazon’s revenue growth despite economic downturns and financial insecurities may fuel future sociology research. I have spoken with people who have been quite content throughout the past year and others who are now struggling with depression and other psychological challenges. What psychological ability do some possess that allows them to accept current conditions happily, and others become despondent?

This broad view of the consumer culture as provocateur helps us understand how manipulated societal norms instilled an impetus to acquire material possessions as the path to happiness.

In Part 2, I will present evidence-based data that illuminates the ability to extricate yourself from the societal pressures and provide you with the tools from experts in the Science of Well-Being field to aid in the journey.

Lanham, F. (2006). An historical look at the pursuit of happiness. Houston Chronicle. Retrieved from https://www.chron.com/life/books/article/An-historical-look-at-the-pursuit-of-happiness-1575897.php

The Science of Happiness, Psychology Today, Retrieved from https://www.psychologytoday.com/intl/basics/happiness/the-science-happiness